Posted: April 3, 2018 | Author: Robert (Bob) Cordery | Filed under: Chaco War, Early 20th Century, Interbellum | 12 Comments
My recent purchase of two Chaco War-related books prompted me to take a look at the printed resources I have in my collection. They include: 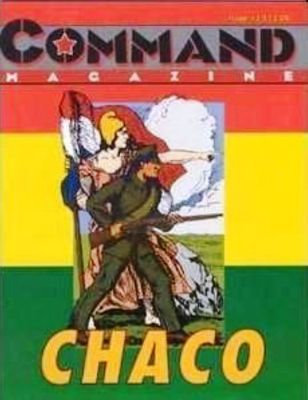 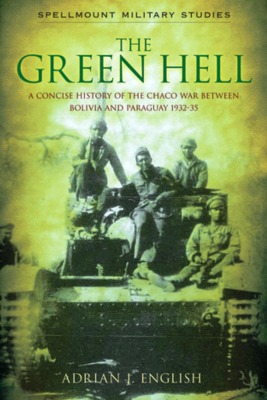 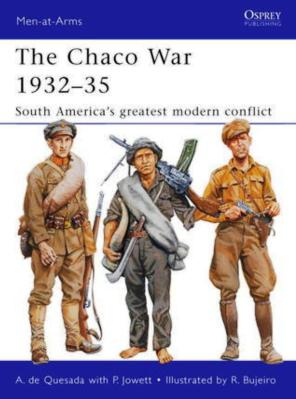 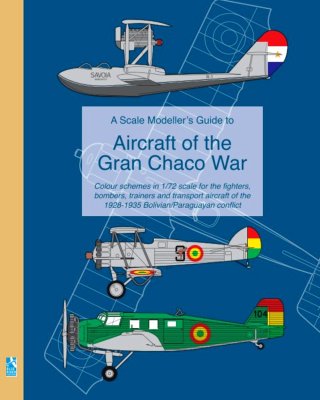 As far as I can see this is a fairly comprehensive list of resources … and making it made me realise that wargaming the Chaco War is another project that I want to do at some time.

Posted: March 28, 2018 | Author: Robert (Bob) Cordery | Filed under: Book Review, Chaco War, Early 20th Century, Interbellum | Leave a comment
I have had a long-standing interest in the Chaco War, and when Arthur Harman saw that Helion & Company had just published a book entitled THE CHACO AIR WAR 1932-35: THE FIRST MODERN AIR WAR IN LATIN AMERICA, he contacted me to tell me. My immediate reaction was to order a copy … and from what I have read so far, it was an excellent purchase!

The book is a slim paperback (it only has eighty pages), but it contains over two hundred illustrations and gives details about the organisation of the air forces involved and the missions that were flown. Reading it made me wonder if at some time in the future I ought to consider producing a military source book about the war along the lines of LA ULTIMA CRUZADA … but I have a few other projects that I want to finish first!

Posted: April 11, 2017 | Author: Robert (Bob) Cordery | Filed under: Early 20th Century, Interbellum, MIscellaneous musings | 2 Comments
Near the entrance to the Military Museum in Funchal, Madeira was an example of a Portuguese Field Gun from the pre-First World War and inter-war period. 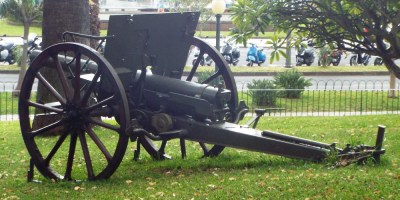 It appears to be a 75mm Schneider-Canet Model 1904 Field Gun, examples of which were used by the Portuguese Army for many years. 144 of these 75mm calibre Field Guns were delivered to Portugal, and they had a barrel length of 2.35m. The weighed 1,077kg and could fire a 6kg shell 6.0km.

The Madeiran Revolt of 1931

Posted: April 10, 2017 | Author: Robert (Bob) Cordery | Filed under: Early 20th Century, Interbellum, Spanish Civil War | 10 Comments
During my recent visit to the Military Museum in Funchal, Madeira, I became aware of an event that I had never previously heard about, the revolt that took place on Madeira in 1931.

On my return home I did some research, and I think that this small conflict would appeal to anyone with an interest in the period of history between the First and Second World Wars, and particularly those who like wargame the Spanish Civil War and the imaginary Very British Civil War.

The revolt has several names. It is referred to as the Revolt of Madeira, the Island Revolt or the Revolt of the Deported, and it came about as a reaction against the military dictatorship that had taken control in Portugal. It began with the so-called Flour Revolt, which resulted from measures taken by the National Dictatorship to cope with the impact of the Great Depression. On 26th January, 1931, the state took control over the import of foreign grain – which it suspended – and almost immediately the price of flour – and thus bread – rose.

Unemployment was already high on Madeira, and the increase in bread prices made a bad situation worse. There were a number of strikes and riots, and several mills were attacked. The situation eventually calmed down, and things seemed to return to normal, but in response to the unrest the National Dictatorship sent a Special Delegate of the Government of the Republic – Colonel Feliciano António da Silva Leal – and a small military force to the island.

Since coming to power the National Dictatorship had been exiling some of its main military and civilian opponents to Madeira, including General Sousa Dias, Colonels Fernando Freiria and José Mendes dos Reis, and former government minister Manuel Gregório Pestana Júnior. Early on the morning of 4th April, 1931, junior officers of the newly arrived force, headed by Lieutenant Doctor Manuel Ferreira Camões, began arresting senior leaders loyal to the Lisbon Government and occupying public buildings in Funchal. Within a very short time a Revolutionary Board – presided over by General Sousa Dias – was set up with the declared aim of restoring the constitution that had been suspended following the Revolution of May 28th, 1926. This revolt had a great deal of popular support, and even spread to the Azores, Portuguese Guinea, Mozambique and São Tomé, although it was quickly suppressed in the latter two colonies.

The revolt was supported by members of the Paris League, which was made up of First Republic politicians, most of whom had been exiled to Paris. They hoped that these revolts would be the precursors of a general revolt throughout Portugal that would lead to the overthrow of the National Dictatorship and their return to power.

This was not to be, and when the revolt did not spread as expected the National Dictatorship acted to put down the revolt on Madeira. In taking this action they were supported by countries such as the United Kingdom, whose government felt that the undemocratic National Dictatorship was more representative of the feelings of the Portuguese population in general than the supposedly democratic former government of the First Republic.

Two days later the invasion force arrived off Madeira, and after an unsuccessful attempt to land at Caniçal, troops went ashore at the tip of São Lourenço on 27th April. After seven days of fighting the Loyalist troops – led by Colonel Fernando Broges – had captured Machico and – despite the destruction of several major bridges by the rebels – had advance on Funchal. This was is no small part due to local supporters of the government, who provided transport and guides to the invaders.

By 2nd May it was obvious that the revolt on Madeira had failed, and many of the rebels sought sanctuary aboard the British cruiser HMS London, which had been sent to the island to protect British nationals living there. Not wishing to antagonise the National Dictatorship government, the British handed over General Sousa Dias and more than a hundred rebel soldiers to the Portuguese authorities, who punished them be sending them to Cape Verde. Four days later the revolt in Portuguese Guinea collapsed.

The invasion fleet sent by the National Dictatorship to invade Madeira included:

Of the warships, only the destroyer was relatively modern (its design dated back to the First World War), the Vasco da Gama being an obsolete, re-built ironclad corvette. (She had been built by Thames Iron Works on the River Thames in 1887 and re-built in 1901-03 in Livorno, Italy, to be a coastal defence ship or cruiser. She served as the flagship of the Portuguese Navy until she was scrapped in 1935.) It is also worth noting that the Vouga sank as a result of a collision with the one of the transport ships, the Pedro Gomes. 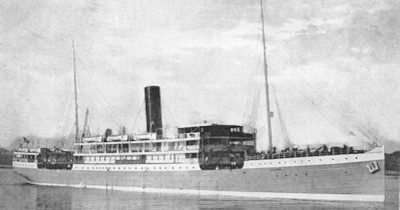 During the interwar period the Portugese Army wore the uniforms it had worn during the First World War. These were styled after the uniform worn by the British Army, but made from material that was Horizon Blue in colour.

Portuguese troops marching towards the front during the First World War.
(Photograph taken in the Lisbon Military Museum.)

Posted: March 2, 2016 | Author: Robert (Bob) Cordery | Filed under: Book Review, Interbellum | 4 Comments
Besides the large quantity of Hexon II hexes he passed on to me on Sunday, David Crook also gave me a book … CHINA’S WARS: ROUSING THE DRAGON 1894-1949 by Philip Jowett.

I have yet to read this book, but looking through it reminded me that the first ever article I wrote for the old WARGAMER’S NEWSLETTER was about a solo battle I fought between Chinese and Japanese forces. It also struck me that the fighting that took place during the inter-war period is an ideal setting for a mini-campaign … or even a series of mini-campaigns.

Something else for me to think about over the coming weeks and months!

Posted: November 20, 2014 | Author: Robert (Bob) Cordery | Filed under: Book Review, Early 20th Century, Interbellum | 6 Comments
Some time ago – and well before I took part in a re-fight of the Battle of Warsaw last May – pre-ordered a copy of ARMIES OF THE RUSSO-POLISH WAR 1919-21. The book was published very recently, and my copy arrived in the post this afternoon.

The book was been written by Dr Nigel Thomas and illustrated by Adam Hook, and it is No.497 in Osprey’s Men-at-Arms series (ISBN 978 1 4728 0106 7). As one has come to expect from titles in this series, it sets the war in context, it describes the military organisations of the states involved in the fighting, it gives a brief history of the war, and it describes the uniforms worn by the forces involved in the fighting. It also contains eight pages of colour plates that illustrate the uniforms that were worn during the war.

All-in-all this looks like being a very useful addition to my bookshelves.

My Hungarian World War II army … and other ‘finds’

Posted: July 22, 2014 | Author: Robert (Bob) Cordery | Filed under: Early 20th Century, Interbellum, Late 20th Century, Modelling, World War II | 28 Comments
Inside a file box that I found in one of the crates that was in the shed was a small Hungarian World War II army. 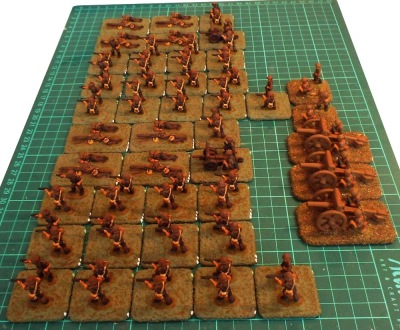 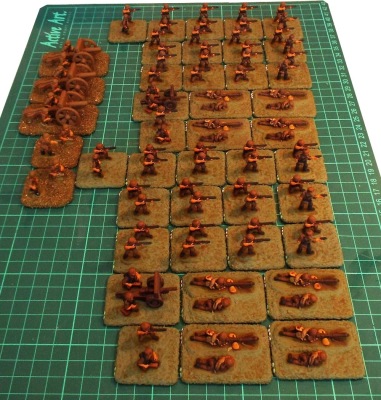 I created this army at a time when I was considering using Frank Chadwick’s COMMAND DECISION rules, and they represent a Hungarian Infantry Regiment with some supporting artillery. In the end I never used the rules, and the figures went into storage … although I have vague memories of having lent them to another wargamer for a time.

The figures were originally Spanish Civil War infantry that were sculpted by the late Dave Allsop. I modified some of them so that I could field heavy machine guns, machine gun crews, and gunners . I also scratch-built a field gun and a light anti-tank gun, which I used as masters from which I was able to create a silicon rubber mould.

The bases are looking a little ‘sad’, but I think that it will be possible to rebase the figures so that I can use them for my Eastern Front/Great Patriotic War project.

I have also made some other ‘finds’ during the great sort out. These include a number of 1960s/1970s-era pre-assembled and painted model British military vehicles manufactured and sold by Denzil Skinner … 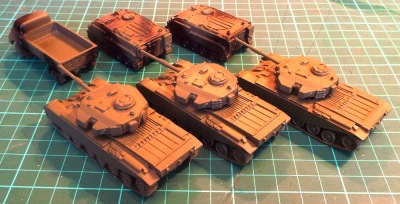 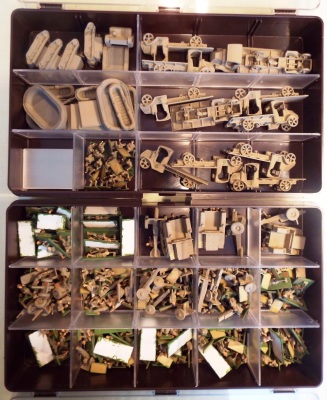