Posted: June 19, 2018 | Author: Robert (Bob) Cordery | Filed under: Book Review, Early 20th Century, MIscellaneous musings | 8 Comments
Sometimes books are published that just as well might have ‘BUY ME!’ in big letter on them … and sometimes we don’t, and regret it for ever afterwards.

BRITISH TANKS AND FIGHTING VEHICLES 1914-1945 (by B.T.White) is one of those books. When it was published by Ian Allan in 1970 I saw it on sale in a local bookshop and almost bought a copy … but for some reason that I cannot now remember, I didn’t. I did borrow it a couple of times from the library, and enjoyed reading it. I also regretted not buying a copy when I could, especially as I was about to become a student and was – like all students – perennially short of funds from then on.

Even when I had finished college my financial situation did not improve much. My pay as a teacher was not very good for the first few years of my career, and by the time I had enough money to begin indulging my book buying bug, the book was no longer available. 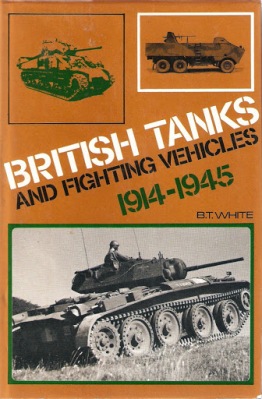 During one of my periodic visits to the nearby Falconwood Transport and Military Bookshop (5 Falconwood Parade, The Green, Welling, Kent, DA16 2PL) I happened to see that they had a near-pristine copy of the book on sale … so I bought it!

The book is as good as I remember it being and – more importantly – it fills a gap in my collection of Ian Allan military books.

A book that I once thought was rubbish has now been re-published … and is much improved!

Posted: June 19, 2018 | Author: Robert (Bob) Cordery | Filed under: Book Review | 8 Comments
During my life as a wargamer I have bought almost any and every book I have found about wargaming. Almost without exception I have enjoyed them, but one stands out as being one that I thought was truly awful … Donald Featherstone’s COMPLETE WARGAMING.

Now before I start to get all sorts of comments about my audacity to state that I thought that Don Featherstone actually wrote something that was not very good, may I quote from John Curry‘s foreword to the recently republished – and heavily revised – edition of the book.

As with many of Donald Featherstone’s books, there is a story behind the book. The first edition of Complete Wargaming in 1988 was an editorial shambles. The publishers wanted another wargaming book on their lists and so they turned to the author in British wargaming, who duly assembled some wargaming material that had not been used in his previous works. The publishers turned over the material to an editor who obviously knew nothing about wargaming and apparently nothing about history. The ideas, scenarios, rules and historical pieces were assembled into a random sequence that was based on efficient use of the page count; such as putting smaller pieces into the margins of the book wherever they fitted. Unfortunately, the lively correspondence between the author and the publisher as a consequence of this editing has not survived the passage of time. At some point, Donald Featherstone decided it was better to let the publisher get the book into print, ‘wargamers, being a group of above average in intelligence and endeavour, would uncover the pieces of immediacy and use them.’ Upon reflection, this was probably the correct view.

Thanks to the work of John Curry – ably assisted by Arthur Harman – the book has now been completely restructured into a logical sequence … and is much better as a result. I know, because I have now bought a copy! 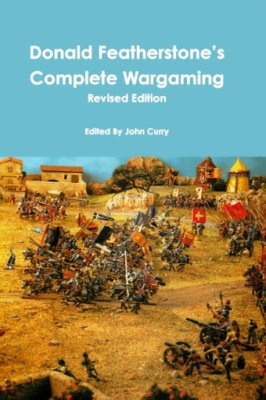 The book is now organised into three sections, with each section having separate chapters.

I thoroughly enjoyed reading this book … which is – to all intents and purposes – a new one rather than a merely revised and re-edited one. Its details are as follows:

Zones of Control: Another progress report

Posted: June 19, 2018 | Author: Robert (Bob) Cordery | Filed under: Book Review, Wargame Design | 4 Comments
I am continuing to read through this very interesting book, although I do find that it is something that I can only do when my mind is clear and I’m not feeling too tired, otherwise I find myself reading and re-reading articles so that I can understand them!

Kicking in the door: An Operation Barbarossa Campaign System by Andrew Rolph

Posted: June 9, 2018 | Author: Robert (Bob) Cordery | Filed under: Book Review, Campaigns, Wargames publications | 6 Comments
A few days ago Andrew Rolph – a wargamer who has written numerous very interesting articles that have been published in MINIATURE WARGAMES – sent me a link so that I could download a PDF copy of his latest book, BARBAROSSA: KICKING IN THE DOOR … .

The book explains how to fight a wargames campaign that covers Operation Barbarossa (the German invasion of the Soviet Union) from June until September 1941. It is designed to work with rules in which a stand represents a platoon, but it seems to me that the basic system will work with most rules that cover World War II, including my own PORTABLE WARGAME rules.

The campaign map uses point-to-point movement, with each node on the map generating a potential battle between the Axis forces and the Russians.

Andrew sent the link to me because he knows that I have had plans to re-fight Operation Barbarossa for a very long time, and having read it, I can see the potential his campaign system has in helping me achieve my ambition.

BARBAROSSA: KICKING IN THE DOOR … is written and published by Andrew Rolph. It is available from the Wargames Vault as a watermarked PDF ($4.95) or as a softback book with coloured illustrations ($9.95) or as a combined purchase of PDF and book (usually $14.90 but currently on sale at the discounted price $9.95).

Posted: June 3, 2018 | Author: Robert (Bob) Cordery | Filed under: Book Review, Warships | Leave a comment
Like a lot of people of my age, one of the things that I looked forward to each year were the Annuals that were published in time for Christmas. Even though I am a lot older, there is one annual that I always look forward to reading when it is published … WARSHIP. 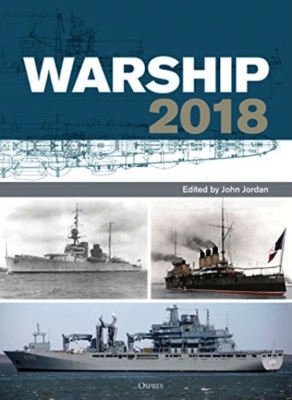 WARSHIP first came out in 1977, and the current issue is the fortieth volume to be published. It was originally a quarterly publication, but after several years it moved over to become an annual.

The current volume contains the following:

At first glance this looks as if it is going to be one of the best issues ever, with every single article or section having something that I will enjoy reading and re-reading. In particular, the coverage of the battle damage suffered by Graf Spee at the Battle of the River Plate is going to be very helpful when it comes to designing wargames, and the article about Russian Monitor designs contains some wonderful ‘what if’ designs that would be relatively easy to model, and which would – if suitably updated for service in the Soviet Red Fleet – have posed serious problems for the Kriegsmarine during Operation Barbarossa.

An excellent publication … and I will be ordering next year’s issue as soon as I can!

Posted: May 3, 2018 | Author: Robert (Bob) Cordery | Filed under: Book Review, Early 20th Century, Late 20th Century | 16 Comments
Back in what my wife likes to call ‘eighteen hundred and frozen stiff‘* (in other words, a long time ago) when I could still fix my old cars with some spanners, a couple of screwdrivers, and some swearing, I used to own copies of the relevant workshop manuals published by Haynes.

Over the past few years they have begun to publish a range of workshop manuals about a wide range of types of transport, including the RMS Titanic, the AVRO Lancaster bomber, and Saturn V rocket. One of this series that I had not come across before was the manual for the T-34 tank, but as I saw it on sale for only £4.00 in a local branch of THE WORKS, I just had to buy a copy.

The book is subtitled ‘1940 to date (all models)’ … and it certainly seems to do exactly that. Its chapters include:

I have several books about the T-34, but this one seemed to cover the technical aspects of the design and its variants better than the rest … and at the price being charged, it was a bargain.

* This expression was used in an episode of DAD’S ARMY by Private Walker when referring to Corporal Jones’s service in the Sudan Campaign. 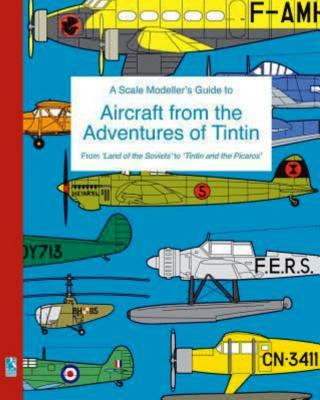 I’ve always loved the Tintin books, and as Hergé (Georges Remi) was well-known for the accurate depiction of places and vehicles in his books, I had to buy a copy. This is slightly longer than is sister publication (60 pages) but it follows the same basic layout. It is interesting to note that the illustrations used reflect the changes made by Hergé when the drawings were re-done at various times during the publication history of the Tintin stories.