These included Carabiniers, Grenadiers à Cheval, and Mamelukes. (Before anyone points out that the Mamelukes were not at Waterloo, I know. The figures were bought on eBay – along with the Grenadiers à Cheval – and were part of the range of pre-painted 25/28mm-scale Napoleonic figure that Del Prado sold for the Battle of Austerlitz. They were just too unusual and pretty NOT to buy!)

There are four bases of Carabiniers, two bases of Grenadiers à Cheval, and two bases of Mamelukes, each base having two figures.

Posted: June 29, 2015 | Author: Robert (Bob) Cordery | Filed under: MIscellaneous musings | Leave a comment
It would appear that the ‘New Waterloo Dispatch’ is probably one of the least well-publicized events staged to mark the bicentenary of the Battle of Waterloo, and I suspect that I was not almost ignoring it completely. For those of you who also ‘missed’ it, here is some background information about the Dispatch.

The ‘New Waterloo Dispatch’ was an event organised and paid for by Waterloo 200, the National Army Museum, Culture 24, and the Heritage Lottery Fund to celebrate the bicentenary of the arrival of the original dispatch sent by Wellington to London after the Battle of Waterloo. Two re-enactors – dressed as Major Percy and Commander James White RN, who accompanied the original dispatch – travelled from Waterloo to London (and several other sites along the way) in a replica horse-drawn post chaise. They took with them a copy of the ‘New Waterloo Dispatch’ …

… and replicas of the two captured Imperial Eagles and Standards taken at Waterloo. The re-enactors then took part in ceremonies at the selected locations during which senior public figures and dignitaries were presented with the ‘New Waterloo Dispatch’.

The Dispatch’s itinerary was as follows:

We had hoped to see the ‘New Waterloo Dispatch’ whilst it was in Greenwich, but by the time we discovered what time it was leaving, we had missed it. We had already intended to visit Walmer Castle of Sunday, and we were very pleased when we discovered that the Dispatch was going to present there on Sunday afternoon.

The post chaise, the Dispatch, and ‘Major Henry Percy’ and ‘Commander James White RN’ arrived outside the entrance of Walmer Castle at 3.00pm … 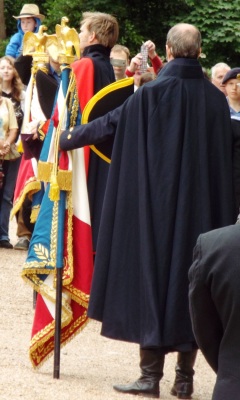 They then presented the Dispatch to The Lord Boyce, after which they carried the Eagles and Standards into the Castle.

… and the horses could finally look forward to a bit of a rest! (The horses were a pair of Gelderlanders, and they had shared the work of the previous week with another pair of horses.)

Some great days out

Both castles are managed by English Heritage, and over this weekend Walmer Castle was the venue for a number of special Regency events. These included a display by the 44th (East Essex) Regiment of Foot re-enactment group and a visit from the coach and messengers carrying the bicentenary Waterloo Dispatch. I hope to write a number of blog entries about what we saw during today’s visits.

Sue and I have also visited Igtham Mote, Kent, and St Georges’s Chapel (the former Woowich Garrison Church) recently, and I also intend to write blog entries about them as well … so watch this space!

I have been to … Armed Forces Day, Woolwich

Posted: June 27, 2015 | Author: Robert (Bob) Cordery | Filed under: MIscellaneous musings | 6 Comments
This morning Sue and I paid a visit to the ‘Armed Forces Day’ that was held at Woolwich Barracks. (Technically it was the ‘Great Get Together and Armed Forces Day’ … but that sounds far too long a title for an event!)

The event was held on the playing fields that are to the south of the main barrack block in Woolwich. Sue and I parked in the car park off Ha Ha Road*, and entered the site via the southern entrance.

We walked anti-clockwise around the site, and were very impressed by the wide variety of stands and organisations that were represented. My particular attention was drawn to the vehicle and military displays, some of which are featured below.

The A.J.S & Matchless Owners Club
Matchless motorcycles were manufactured in Plumstead, London, between 1899 and 1966, and in 1938 Matchless and A.J.S. became part of Associated Motorcycles (AMC). It was therefore very appropriate that this club had staged both a static and an arena display at this event. 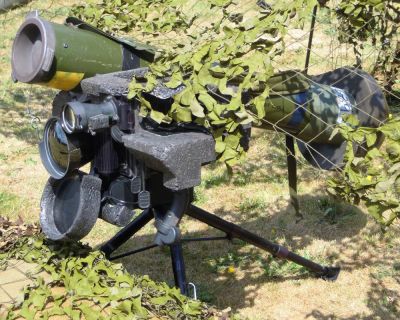 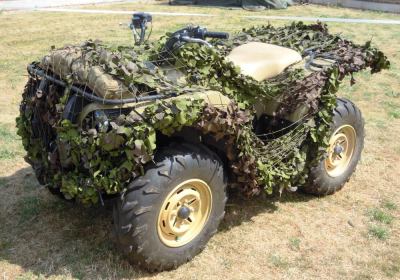 I managed to have quite a chat with a member of the unit about his recent tour of duty in Afghanistan, and it was interesting to hear that the good old M2 Browning 0.5-inch calibre Heavy Machine Gun (known in the British Army as the L1A1) is still performing sterling duty despite its age.

The Royal Horse Artillery
We missed the arena display by the RHA that took place during the early afternoon, but they did mount a small but very informative static display as well. This included a full-sized model horse used to demonstrate the harness and saddlery used by the RHA and one of the unit’s 13-pounder Field Guns. 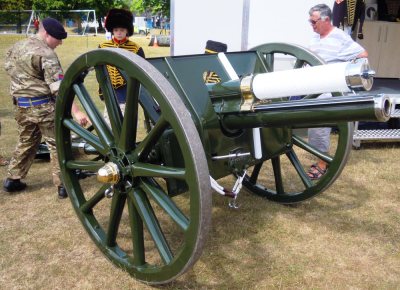 Other displays
Amongst the other things that were on display were a Pinzgauer 716M truck, …

… and the Greenwich Concert Band. (The latter included several middle-aged men who I taught many years ago when they were pupils at Woolwich Polytechnic Boys School!) 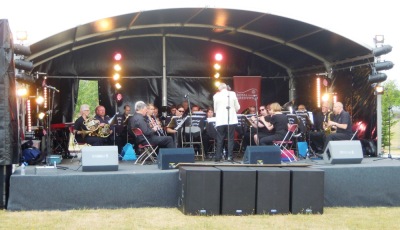 Visiting this event was a great way to spend a Saturday morning, and if another is staged next year, we hope to go again.

* Ha Ha Road is so called because it has a ha-ha (i.e. a ditch – with a wall on its inner side below ground level – that forms a boundary to a park or garden without interrupting the view) running along one side of it. 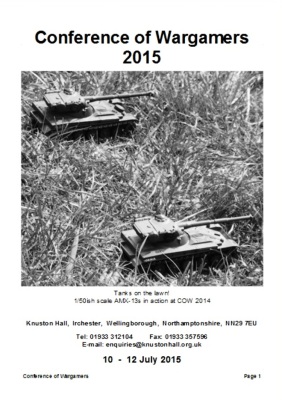 There is one item on the Wargame Developments Annual General meeting Agenda which is worth members of Wargame Developments giving some prior thought to. A proposal has been made by Martin Goddard that in future the matters covered by the AGM be dealt with by email as this would enable the time currently set aside for the AGM to be used for further sessions.

If you are a member of Wargame Developments and have something to say in response to this proposal, please don’t comment on this blog entry; bring your comments to the AGM … and if you are not able to attend the AGM, send them in an email to either myself or Tim Gow.

Paddy Griffith was the ‘father’ of Wargame Developments, and in just over two weeks time we will be holding the 35th COW (Conference of Wargamers) at Knuston Hall, Northamptonshire. COW came about as a direct result of Paddy organising the NEW DIRECTIONS IN WAR GAMING conference that took place at Moor Park College from 23rd to 25th May, 1980. At the end of that conference those present decided to set up an organisation that would ‘spread the philosophy of realistic wargaming through the hobby (“better realism and better game structures”) and … put like-minded ‘realistic’ wargamers in touch with each other, so that they can more easily exchange ideas and rules. … We will hold a conference similar to Moor Park, every year.‘

At the time quite a few people within the wargaming fraternity expected that Wargame Developments would last a few years before it fell apart or ceased to exist. The view was also expressed that the idea of having an annual Conference of Wargamers would never take off. They were wrong … and Wargame Developments and COW seem to be going from strength to strength.

Thank you Paddy, because without you it would never have happened!

The most numerous mounted figures in my collection are Cuirassiers, and so I started with them. 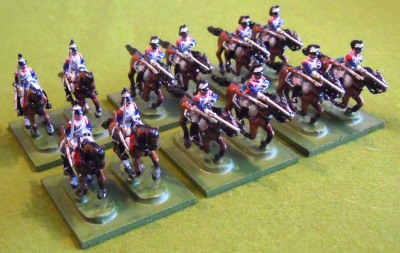 There are six bases of Cuirassiers, each base having two figures.